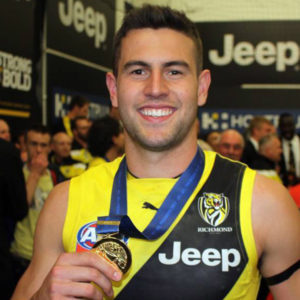 Jack Graham is a professional Australian rules footballer playing for the Richmond Football Club in the Australian Football League (AFL).

As a junior he captained South Australia at the 2016 AFL Under 18 Championships and won the Larke Medal as the competition’s best player. After being drafted by Richmond in the third round of the 2016 draft, he became a 2017 premiership player with the club in just his fifth career AFL game.