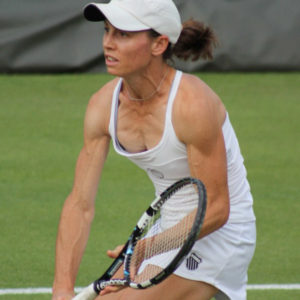 Cara Black is a professional tennis player from Zimbabwe now living in Australia. She is primarily a doubles specialist, winning 60 WTA and 11 ITF titles in that discipline. Cara has won ten Grand Slam titles in women’s doubles and mixed doubles combined. By winning the mixed doubles title at the 2010 Australian Open, Black became the third woman in the Open Era to complete a Career Grand Slam in mixed doubles (after Martina Navratilova and Daniela Hantuchová).