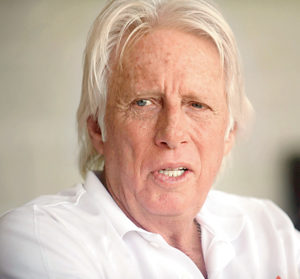 Jeff Thomson is a former Australian cricketer. Known as “Thommo”, he is considered by many in the sport to be the fastest bowler of all time.

He was the opening partner of fellow fast bowler Dennis Lillee; their combination was one of the most fearsome in Test cricket history. Commenting on their bowling during the 1974–75 season, Wisden wrote: “… it was easy to believe they were the fastest pair ever to have coincided in a cricket team”.