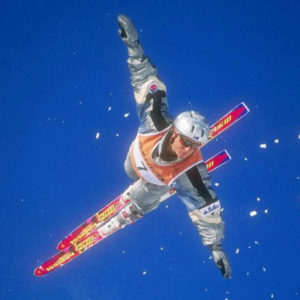 Marshall was an ex-gymnast who became an aerial skier at Mount Buller, Victoria. During her skiing career Marshall won over 40 World Cup medals, including 17 World Cup gold medals. Marshall competed in aerial skiing as a demonstration sport at the 1992 Albertville Winter Olympics, and as a medal event at the 1994 Lillehammer and 1998 Nagano games, where she came sixth and fourteenth, respectively.

In December 2002, aged 33, Marshall was elected as a Member of Parliament in the Victorian Legislative Assembly for the Australian Labor Party.