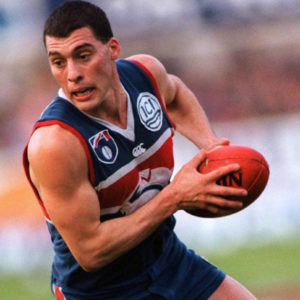 The son of former Richmond rover Frank Dimattina, Dimattina played for Richmond at Under 19 level as a 16 year in 1991 and was drafted by them with the final selection in the 1991 AFL draft. He played reserves football for them in 1992, but never played an AFL game for Richmond. During 1993 and 1994 he played for Victorian Football Association (VFA) team Sandringham, as well as some games for the Carlton and Essendon reserves teams.

Drafted by the Footscray Football Club (later Western Bulldogs) with the 26th selection in the 1995 Pre-season draft, Dimattina made his AFL debut late in the 1995 season.

Dimattina was a high possession winner for the Bulldogs throughout his career.

He played 131 games for the Bulldogs until he was delisted at the end of the 2003 season.