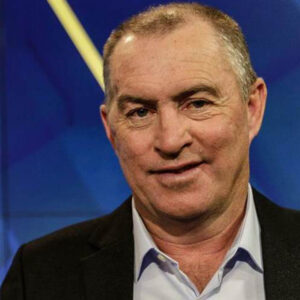 Paul Wade is an Australian retired football player, who is best known for his long-term role as captain of the Socceroos, Australia’s national football team.

Wade’s 84 “A” international appearances for Australia make him the second most capped player in the country’s history (only Alex Tobin, with 87, had more). In total, Wade played 118 games for Australia between 1986 and 1996. He represented the Socceroos at the 1988 Summer Olympics in Seoul, South Korea and in two FIFA World Cup qualifying campaigns (1990 and 1994).

One of his most famous moments came in 1993, during qualifying for the 1994 World Cup when Australia faced Argentina. Faced with the dubious honour of marking star Diego Maradona, Wade was valiant in helping Australia stay in the two games, although they would eventually lose 2-1 on aggregate goals following a 1-0 defeat in Buenos Aires.

His final international game was on 1 November 1996 in Canberra against Tahiti in the 1996 OFC Nations Cup final, which Australia won.

Wade’s experience and popularity as an Australian international allowed for an easy transition to a career as a sports presenter. Wade has worked as a commentator and analyst with both the Seven Network and SBS. He has also appeared on cable television channels TVN and Fox Sports 1 as a soccer analyst, but currently appears on Sky News.

He also began the Paul Wade Soccer Schools program, which visits primary schools in various locations around Australia developing the game of football. They have quickly risen to become the leading football development program in the country, aiming to help kids “play like a Socceroo legend.”