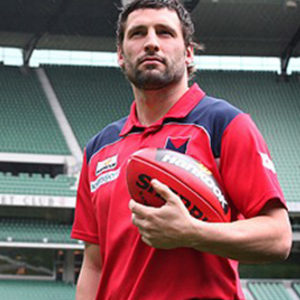 Playing 228 games for Melbourne FC, Robertson is one of the Melbourne’s great goalkickers, being one of just four players in the club’s history to have led the goalkicking in four or more seasons. Robertson is well known for his ability to take regular spectacular marks.

Late in his career he was also known outside the football community, through reality television appearances, modelling and singing.