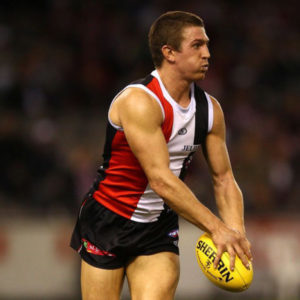 The athletic Baker caused some controversy during his career, playing as a tagger (run with) player rather than a set position player. He used a variety of tactics to prevent his opponent from getting the ball including standing on their feet and repeated hits to their arm.