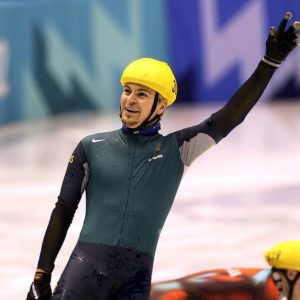 Olympic Champion, Champion Speaker and genuine onstage Motivator and Entertainer is a unique skill set. Transitioning from being an expert speed skater to an expert motivational speaker, MC and after dinner entertainer has been an interesting ride over the last 12 years. Steven Bradbury has presented at over 1000 conferences and events in 19 countries and still loves it. He loves the adrenaline before going onstage and loves that his strategies for success in business and in life are able to inspire and help people.