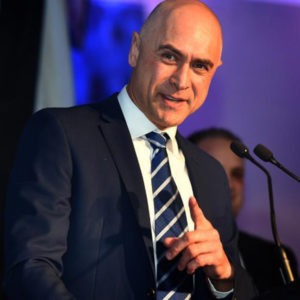 Available for motivational speaking, Wayne Schwass is a former Australian rules football player in the VFL/AFL who debuted in 1988. He is notable as one of only a few New Zealand-born players of Māori heritage in the history of the VFL/AFL. Wayne moved from New Zealand at the age of 10 to Warrnambool in Victoria, Australia area where he began playing Australian Rules before being recruited by VFL club Kangaroos. “Schwatter” was a champion wingman, known for his blistering pace and courage who played in the Kangaroos’ 1996 premiership side before becoming a leader in the Sydney Swans side.

In 2006, Wayne announced that he had suffered from depression during his successful AFL career. Since his retirement he has set up The Sunrise Foundation to help other athletes who suffer from depression. He is now an AFL commentator for Triple M on Saturday nights and Sunday afternoons In 2012, Wayne was a player coach for the New Zealand representative AFL side, the NZ Hawks, against the Australian AIS-AFL Academy team. He has long been a great supporter and ambassador for the game in New Zealand which has had several AFL and a large number of Australian State league players play in the past five years.