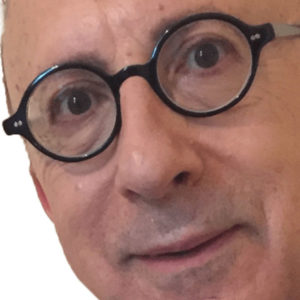 Elliot Goblet is a comedy character created by the Australian comedian Jack Levi. The character is known for the deadpan delivery of one-line jokes. The style compares with the American comedian Steven Wright.[citation needed] but developed independently. At first Goblet appeared with round glasses and a goatee beard, but the beard was later removed.

Created with assistance from Australian comedy teacher Pete Crofts, the Goblet character was launched onto the comedy scene with numerous TV performances on Hey Hey It’s Saturday, The Midday Show, The Eleventh Hour, The Footy Show, Neighbours and other Australian TV variety and sketch shows.