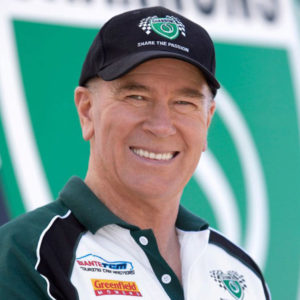 Jim Richards is a New Zealand racing driver who has spent most of his racing life in Australia. While retired from professional racing, Richards continues to compete in the Touring Car Masters series. After seven Bathurst 1000 victories and four Australian Touring Car Championships, Richards was inducted into the V8 Supercars Hall of Fame in 2006 and the Australian Motorsports Hall of Fame in 2015. He is the father of racing driver Steven Richards, and between them they have achieved 11 Bathurst 1000 wins, most recently in 2015.