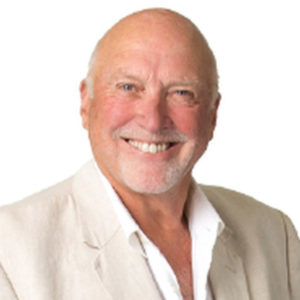 Rex Hunt is an Australian television and radio personality, and a former Australian rules football player. He is also a veteran Australian rules football commentator known for his habit of making up quirky nicknames for players. He has also been known around the world for fishing and wildlife programs on the Seven Network and overseas stations. He is a former police officer who reached the senior rank of Sergeant in Victoria Police at age 30.

Rex was recruited from Parkdale by Richmond and made his debut in the then Victorian Football League in 1968. He was a key position player who was usually positioned at full-forward or centre half-forward. Later he played at centre half-back. He was part of Richmond’s premiership sides in 1969 and 1973. In the middle of 1974, Hunt moved to the Geelong Football Club due to his work as a policeman. The big strong forward played at Geelong in 1974 and 1975, playing only 32 games for the club before moving back to the city and playing with St Kilda. He retired from VFL football at the end of 1978 but continued to play in the lower-level VFA in 1980 and 1981 with Sandringham