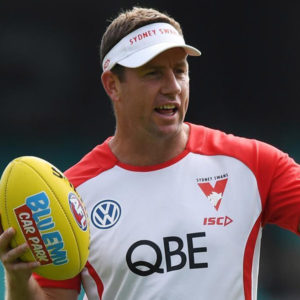 He was selected by Geelong with pick 24 in the 2001 AFL Draft. His first few years were plagued with inconsistency, injury and off field problems. A medium-sized forward, Johnson is renowned for his freakish ability on the field, where he has consistently wowed fans with his penchant for extraordinary goals.