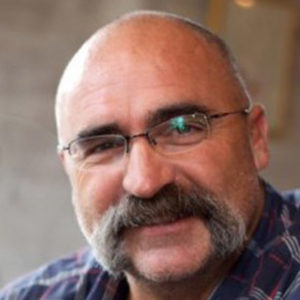 Merv Hughes is a former Australian cricketer. A right-arm fast bowler, he represented Australia between 1985 and 1994 in 53 Test matches, taking 212 wickets. He played 33 One Day Internationals, taking 38 wickets. He took a hat trick in a Test against the West Indies at the WACA in 1988–89, and went on to take 8–87. In 1993, he took 31 wickets in the Ashes Series against England. He was a useful lower-order batsman, scoring two half-centuries in tests, and over 1,000 runs in all. He also represented Victorian Bushrangers, Essex in English county cricket, Australian Capital Territory, Australia ‘A’ (in the World Series Cup), and Australia. Merv replaced Allan Border in June 2005 as a selector for the Australian cricket team, although his performance as a selector came under much scrutiny after many controversial decisions and the loss of the number-one ranking for Tests after the 2009 Ashes series. However, Australia would go on to have a successful 2009–10 summer, finishing undefeated in all three forms of the game.