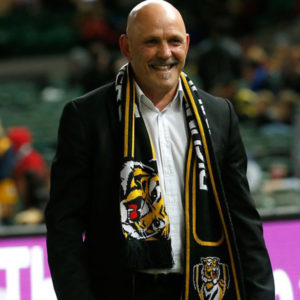 A brilliant, feisty and highly skilled small man, Weightman enjoyed an extended career in elite Australian football, despite suffering from diabetes since early adulthood. He overcame doubts about his size and ability to play the game and won many individual awards.

Playing 274 games for Richmond including the 1980 premiership over Collingwood, Weightman also represented Victoria, and was state captain in 1987 and 1988 v Western Australia, and against New South Wales in 1990. Overall, he played a total of 20 State of Origin games. It was said he played some of his best football for the State and was one of those rare players – the better the standard the better he would play.