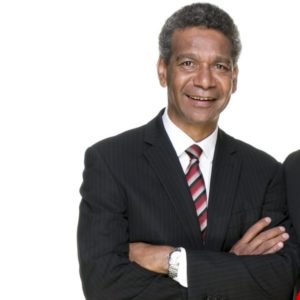 Gilbert McAdam is an Indigenous Australian former Australian rules football player and one of three McAdam brothers to play in the Australian Football League (AFL).

McAdam was drafted number 17 in the 1989 VFL Draft by St Kilda Football Club. After a few inconsistent years, he was traded to the Brisbane Bears.

McAdam left the AFL in 1996 after several years of service to the Brisbane Bears (58 games) for a total of 111 AFL matches. He returned to the Central District Football Club for the 1998 SANFL season and retired from football altogether in 1999.

His younger brother, Adrian, later found his way to a brief career with the North Melbourne Football Club. Gilbert was drafted by Collingwood but refused to return from retirement.

In 2007, McAdam took up a position with the Academy of Sport, Health and Education in Shepparton, Victoria. The academy uses participation in sport as an avenue for Indigenous people to undertake education and training within a trusted and culturally appropriate environment. His role with the academy is as a sports and personal development officer. He co-hosts the TV program The Marngrook Footy Show with Grant Hansen, currently screening on NITV on Thursday nights.