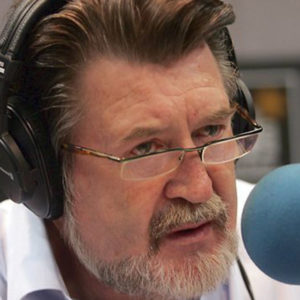 Derryn Hinch is a New Zealand-born Australian media personality, best known for his work on Melbourne radio and television. He was the host of 3AW’s Drive radio show until December 2012 and he was a National Public Affairs commentator for the Seven Network on Sunday Night, Today Tonight and Sunrise. He has also been a police reporter, foreign correspondent, newspaper editor, television show host, actor (usually playing as himself) novelist and vintner.

In January 2014, Hinch was found in contempt of court and served a 50-day prison sentence. In October 2015, Hinch announced his intention to stand for a Senate seat as head of the Derryn Hinch’s Justice Party at the next federal election. Hinch remained as host of his weekly program Hinch Live until the election campaign, in a decision supported by Sky News Live.