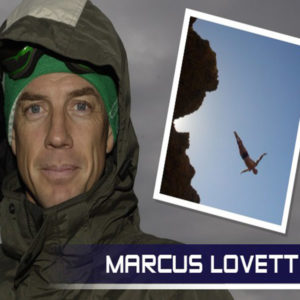 Marcus was Australia’s top Freestyle Skiing Aerialist for more than a decade. He competed at the 1988 Calgary Olympic Winter Games, and then coached Kirstie Marshall to her first World Cup victory winning the Australian Ski Federation “Coach of the Year”.

Marcus used his acrobatic skills to compete in the 2003 World Cliff Diving Championships at Acapulco, and worked as a stuntman, including such films as the Hollywood blockbuster, The Matrix. A regular speaker at the Schools for Student Leadership, an initiative by the Victorian Department of Education and Training (DET), he motivates and gives the students practical guides for success.

Recently, Marcus’ main focus has been health, making the award winning documentary “What Ate My Mum? And Will It Eat Me?” and presenting “The Emotional Podcast” an exploration into emotions and their importance in success.