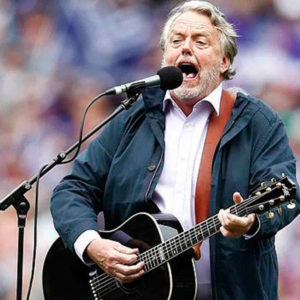 Both songs have become synonymous with Australian rules football and are traditionally sung on AFL Grand Final day in September.